I like ruins*. There is something about them that is both touching and fascinating at the same time. After all, they are the mirror of ourselves, humans: of our society, of our physical decline, of our memory. In ruins there is beauty and decadence, attraction and anguish. Ruins move me. 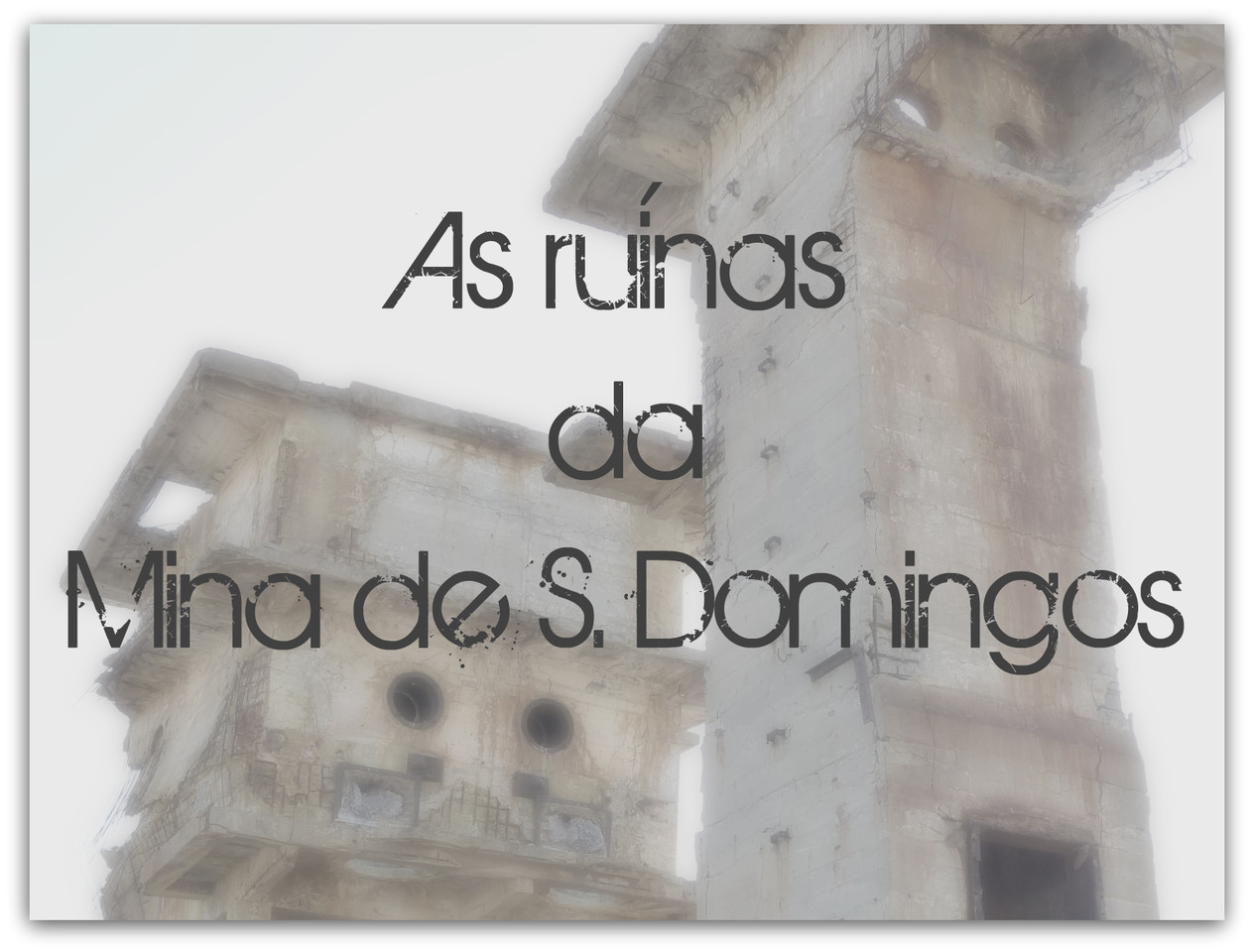 The ruins of Mina de São Domingos are one of my favourite sites in Portugal. This is such a beautiful place, so out of this world, that I’m amazed when someone tells me that he has never been there (and sometimes is even unaware of its existence). It is true that I only heard of this place and went there when I was already a grown-up. But those were the pre-Internet ages and long before we had a thousand TV channels and Portuguese magazines about everything under the sun. Nowadays, in the 21st century, the age of information, it is difficult to understand how so much of our rich cultural and landscape heritage remains nearly unknown.

Mina de São Domingos is a village located 17 km east of Mértola, in one of the most beautiful areas of our Baixo Alentejo region. The village itself is worth a visit, especially for the beautiful river beach – but I'll tell you about that one of these days. Although there are some ruins of former structures in the village, namely the railway workshops, and a huge crater filled with water loaded with ore deposits, in the open air between layers of coloured rock, as well as a Documentation Centre and the permanent exhibition at “Casa do Mineiro”, the most interesting place is about 3 km south, at Achada do Gamo. There is an earth track that takes us there, but the signposting is not very clear and it is not easy to immediately find it, so when in doubt the safest option is to ask someone on the street for directions. 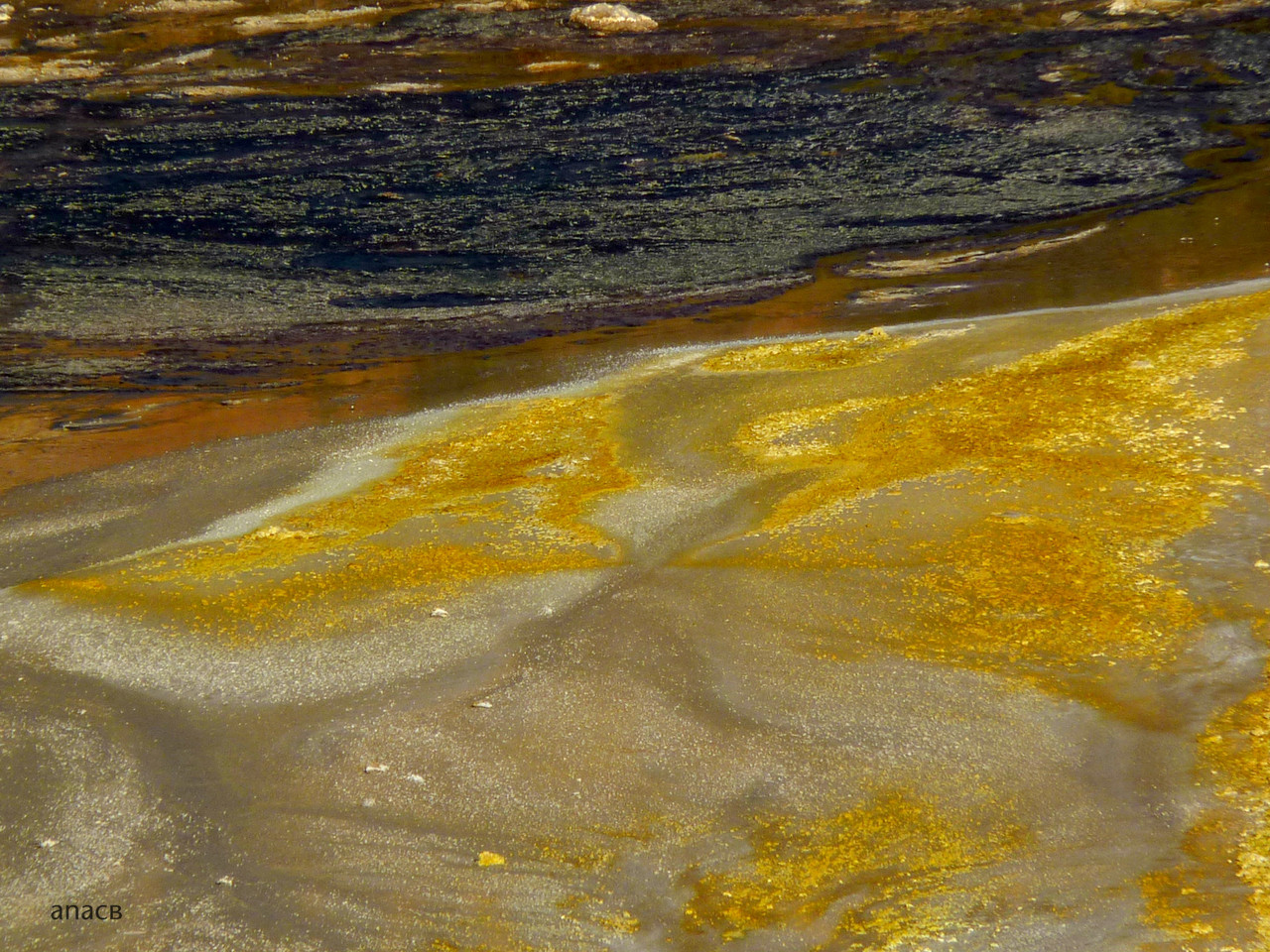 The mining of the pyrite deposit of São Domingos dates back to the first millennium BC and occurred in several periods over time. The last phase began in 1854 and lasted until 1966, during which the British company Mason & Barry extracted more than 20 million tonnes of ore from the site. One of the first railway tracks in Portugal was laid there (connecting the mine to Pomarão, where the ore was shipped along the Guadiana River), as well as the first power station in the Alentejo region. After Mason & Barry went bankrupt in 1968, the surviving buildings were abandoned and vandalized, and have been progressively falling apart. Classified as a Public Interest Site in 2013, it is expected that sooner or later an environmental recovery plan and potential redevelopment of the site will be implemented, but this is still at an early stage. For the moment, until these ruins completely disappear or are converted (or the place is sold for some other purpose, who knows ...), we are lucky to have the possibility of visiting this place with such a special environment. 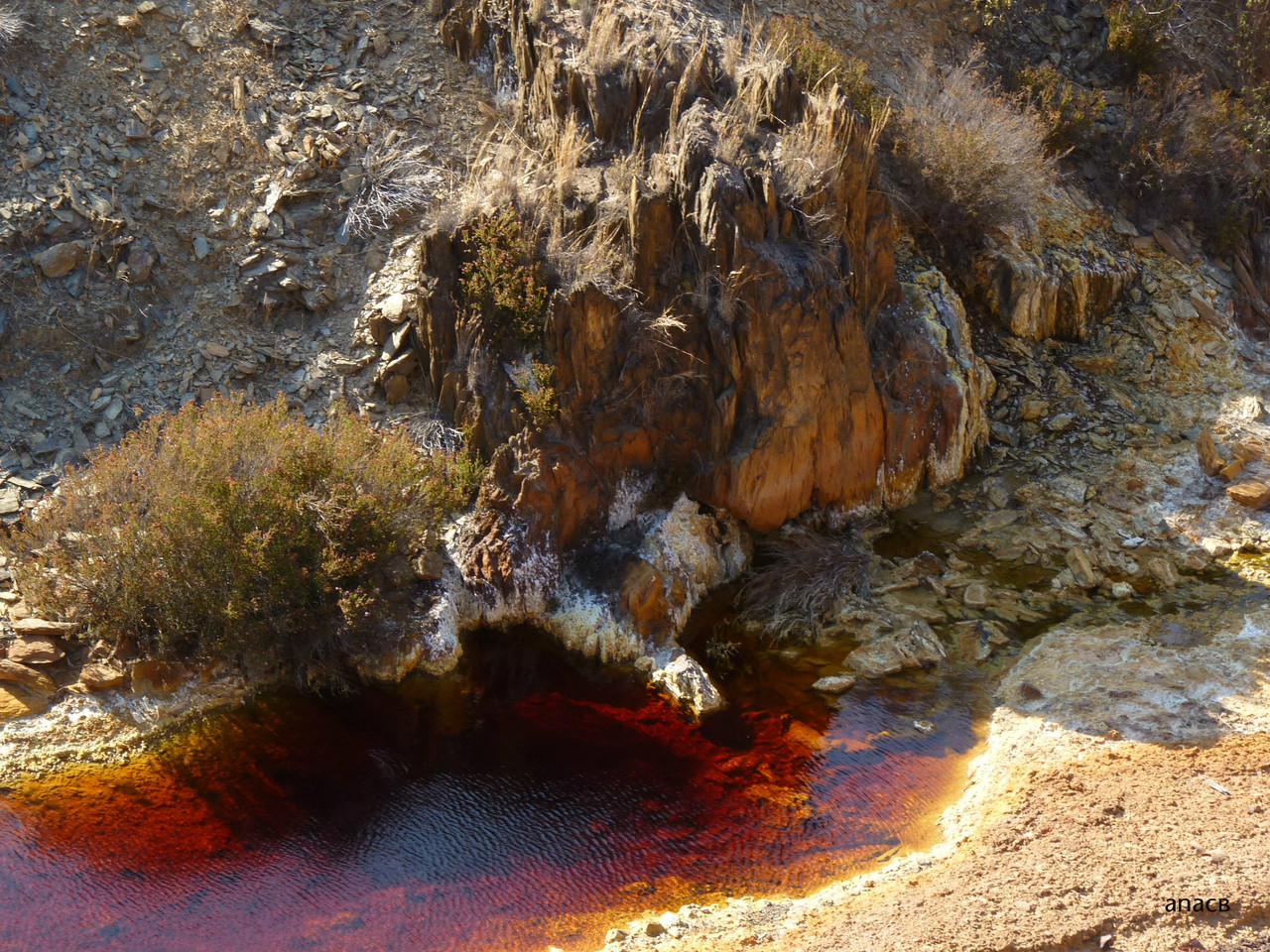 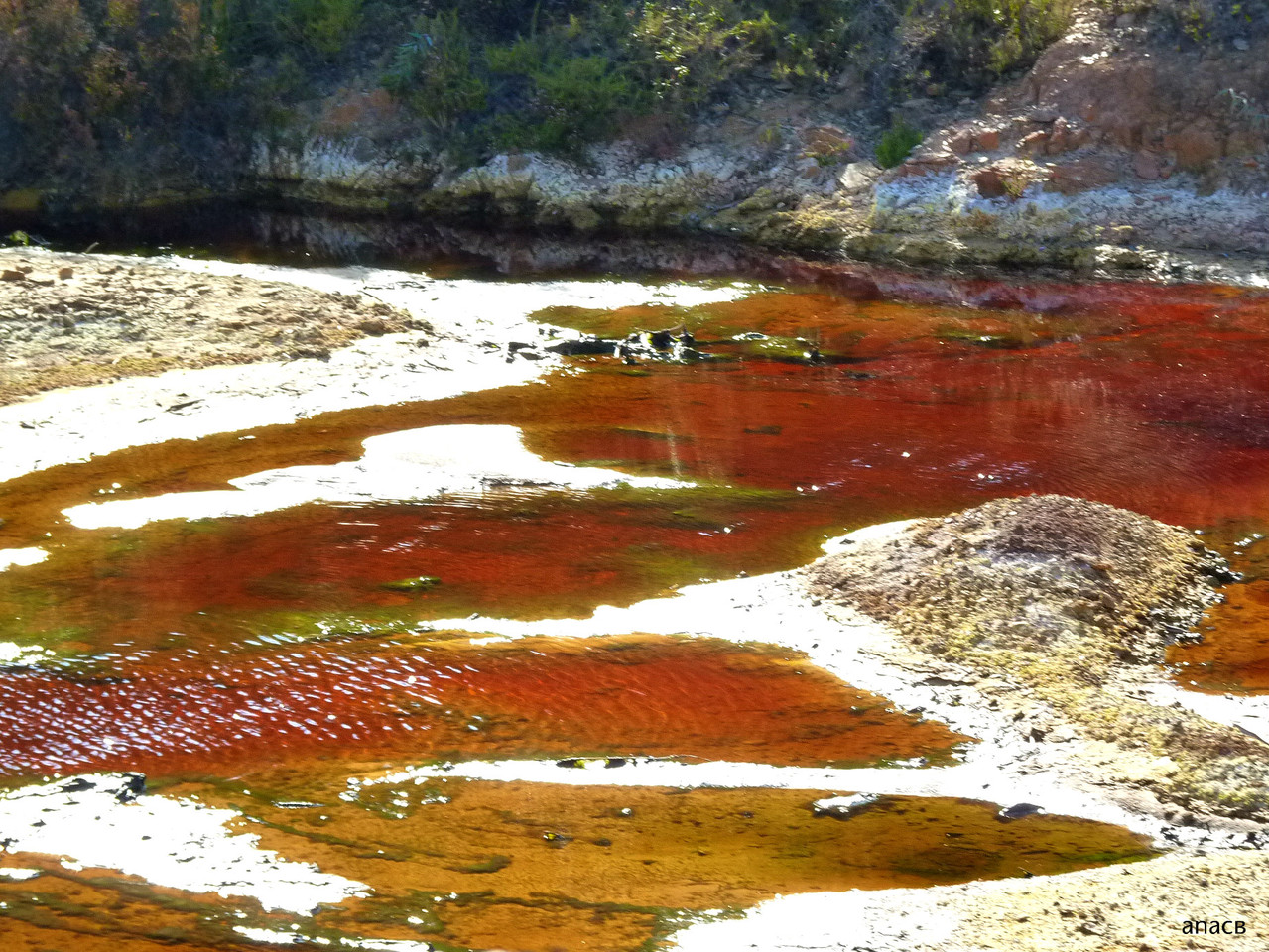 The track to Achada do Gamo, almost completely on arid soil and passing near some water points and rocky areas, all of them “painted” in the most unusual shades, is already a clue to what lies ahead. Halfway there, across a small watercourse, we can see the remains of the crushing and burning centre of Moitinha. And then in the distance, to our left, the irregular shapes of two alien-looking towers appear and we realise that we are arriving. 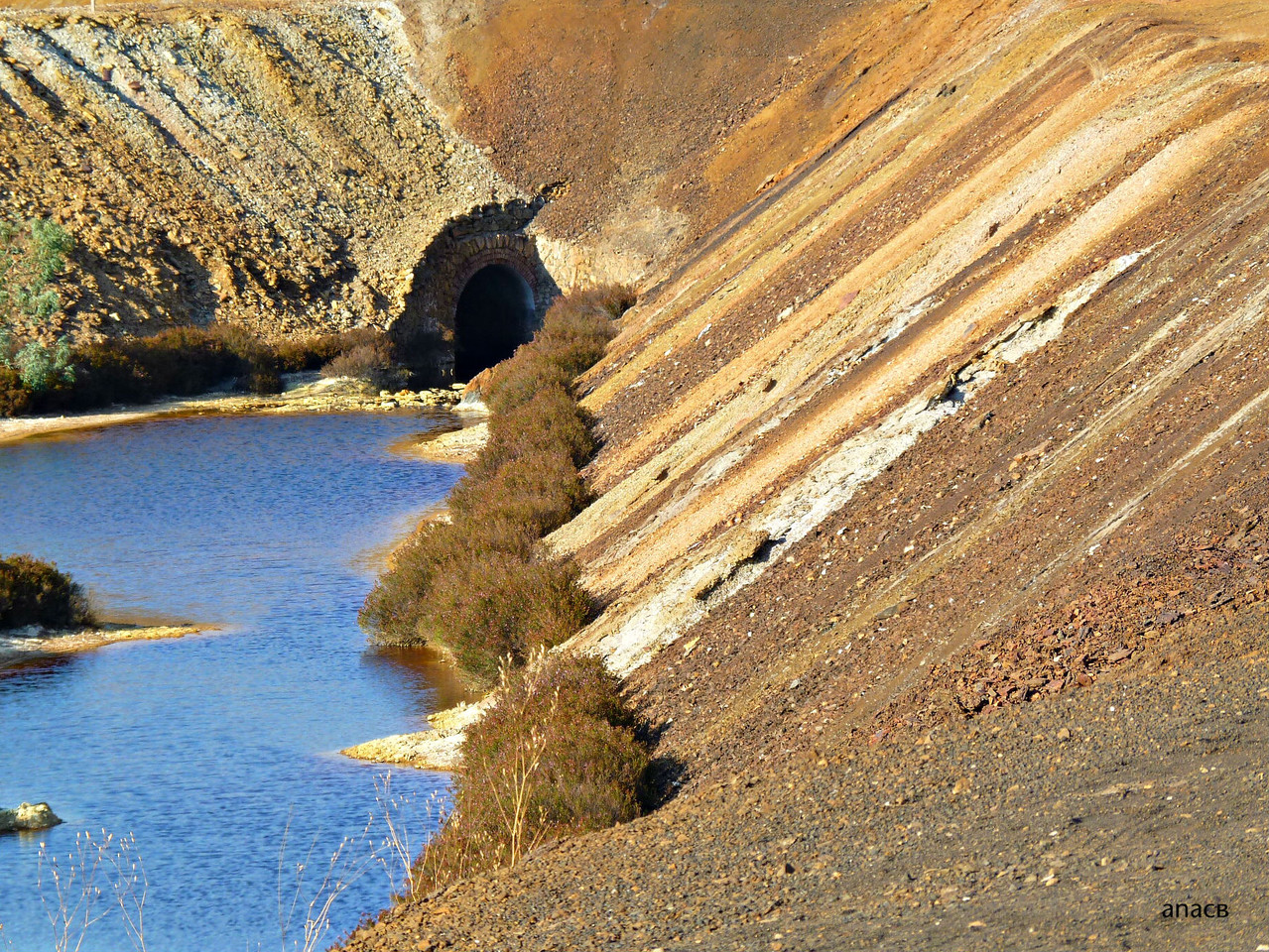 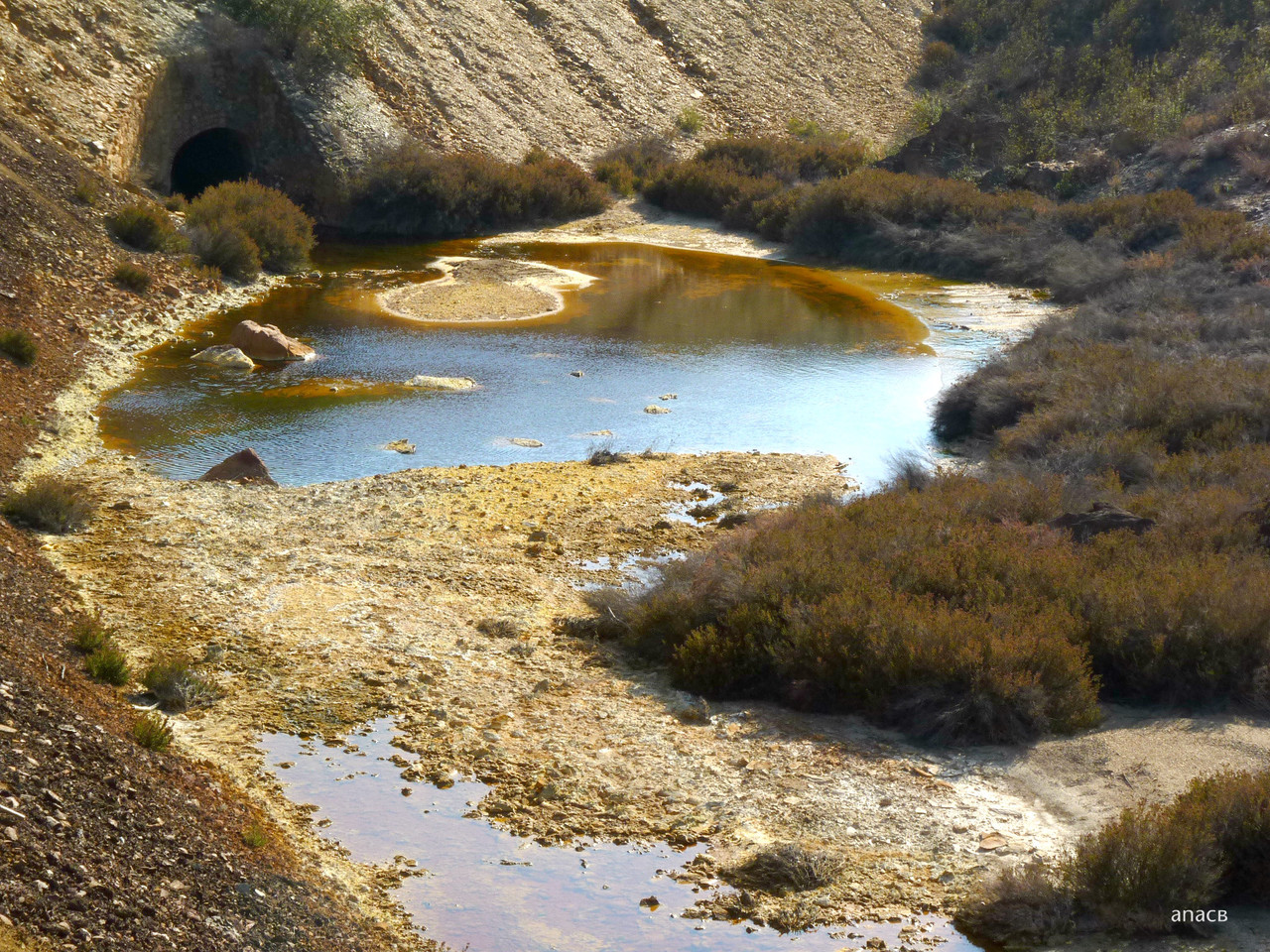 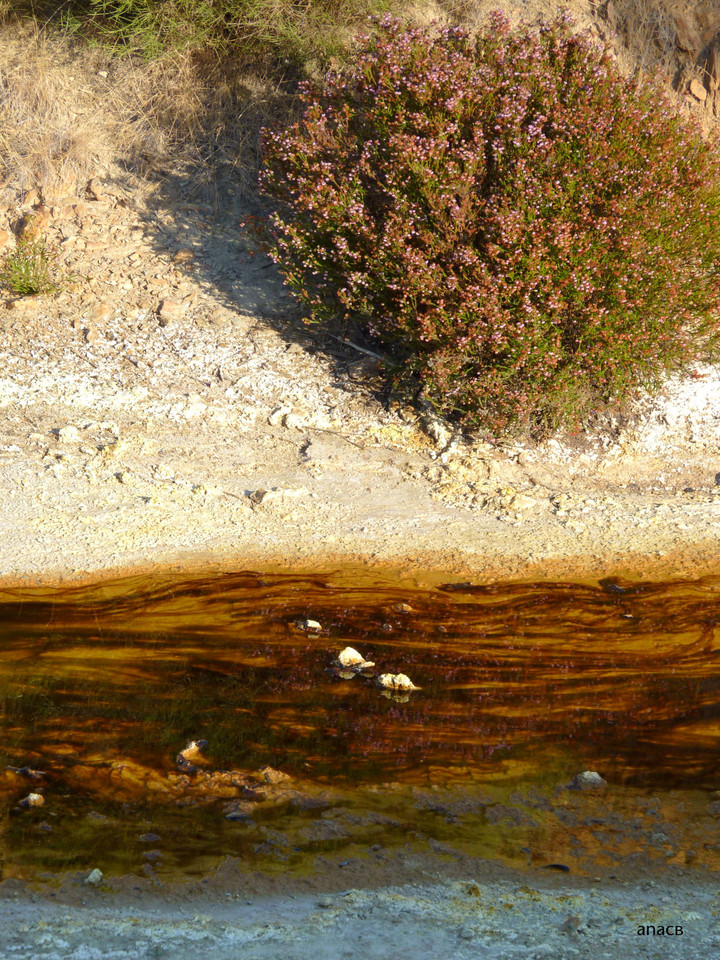 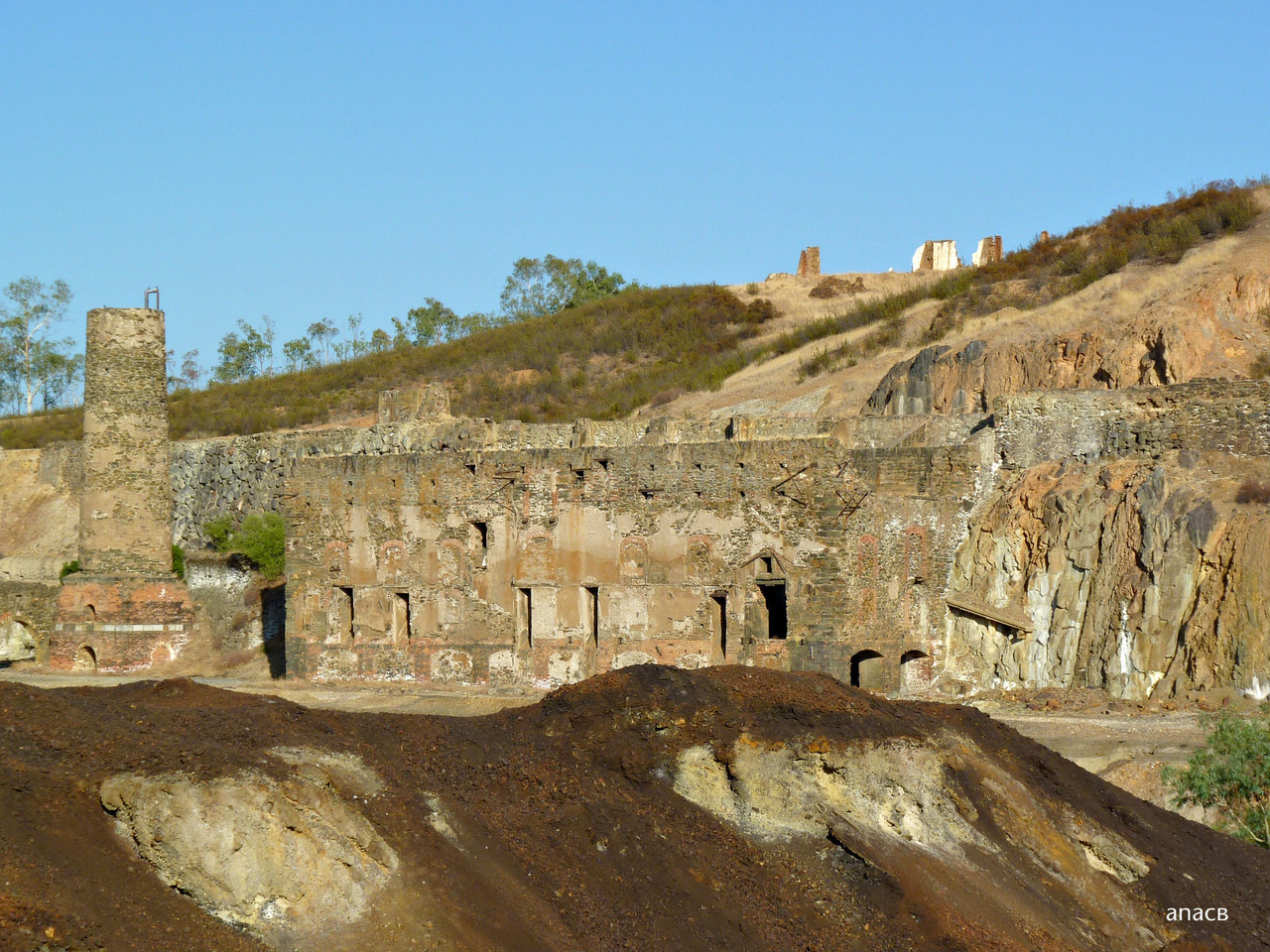 It is difficult to describe the amazing impression caused by this site. The aridness, the colours, the wind – and the silence. Especially the silence. We can only hear the sound of the earth trampled by our steps and sporadically the whistling of a bird far away. This is no-man's-land, contaminated, where vegetation hardly grows and avoided by animals. Half-destroyed, stripped buildings, exposed structures, shades of stone stained by rust, the grey colour of the ground declined from almost white to charcoal black. During the many times I've been here, I’ve never seen a soul. 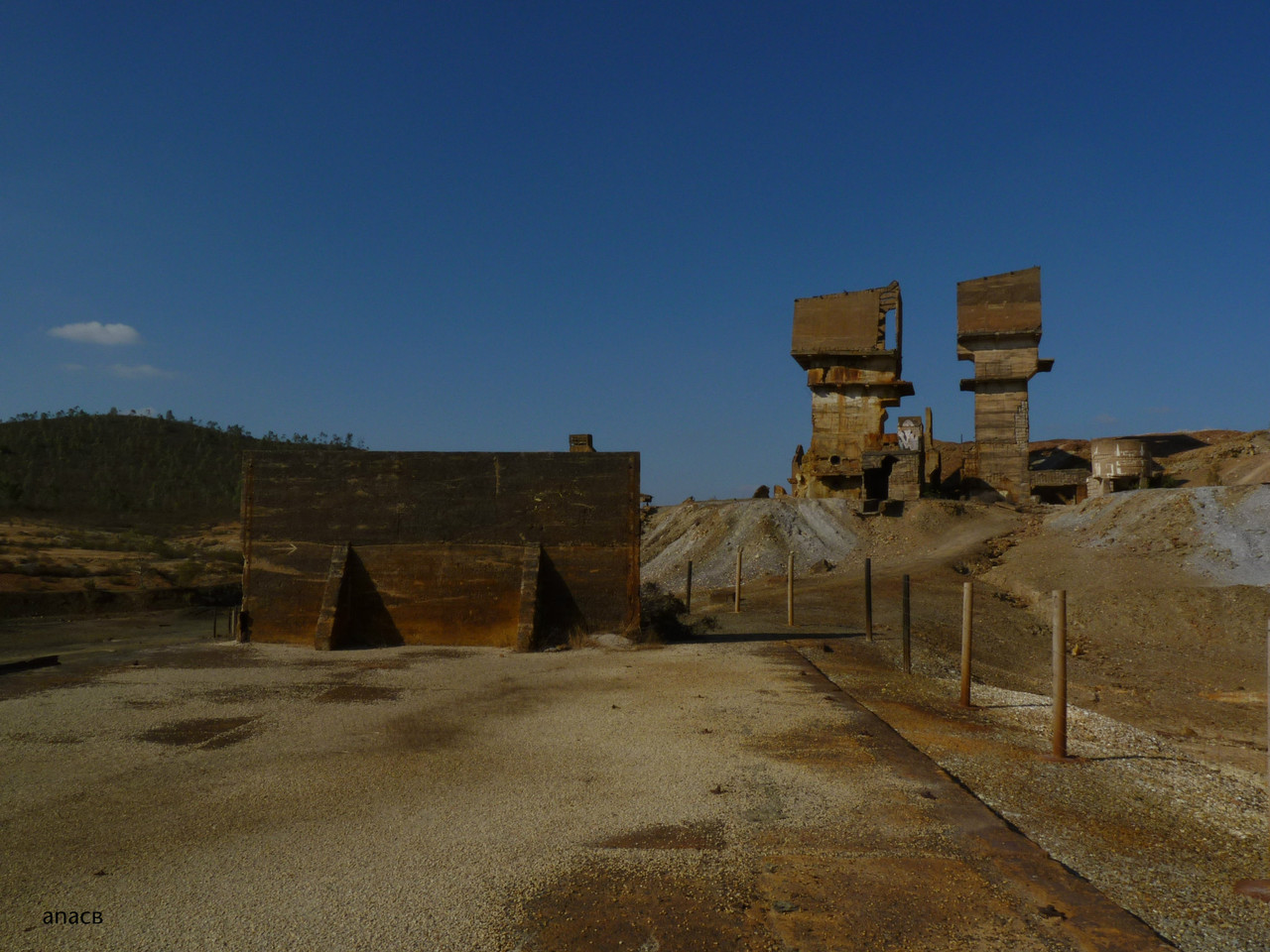 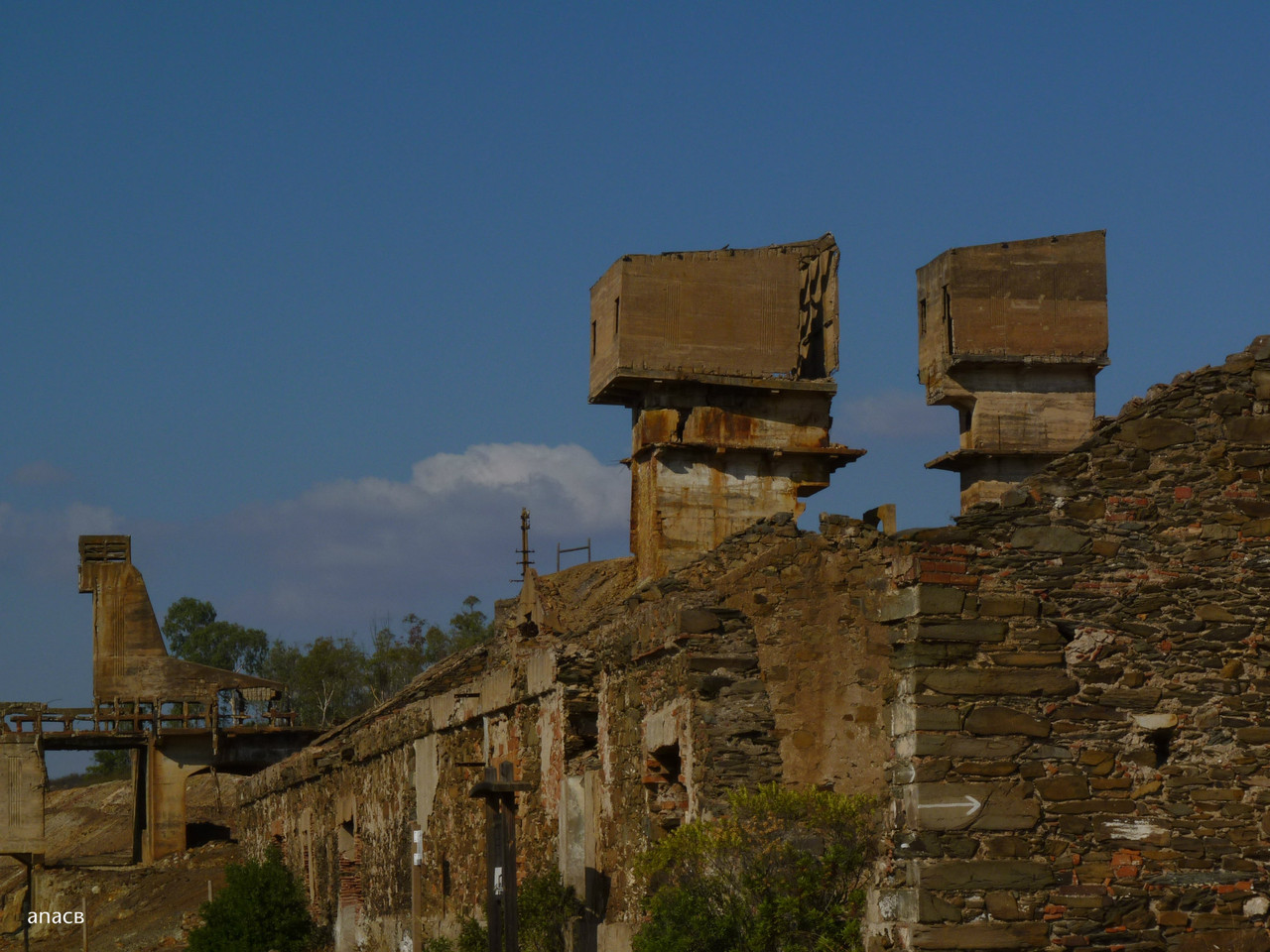 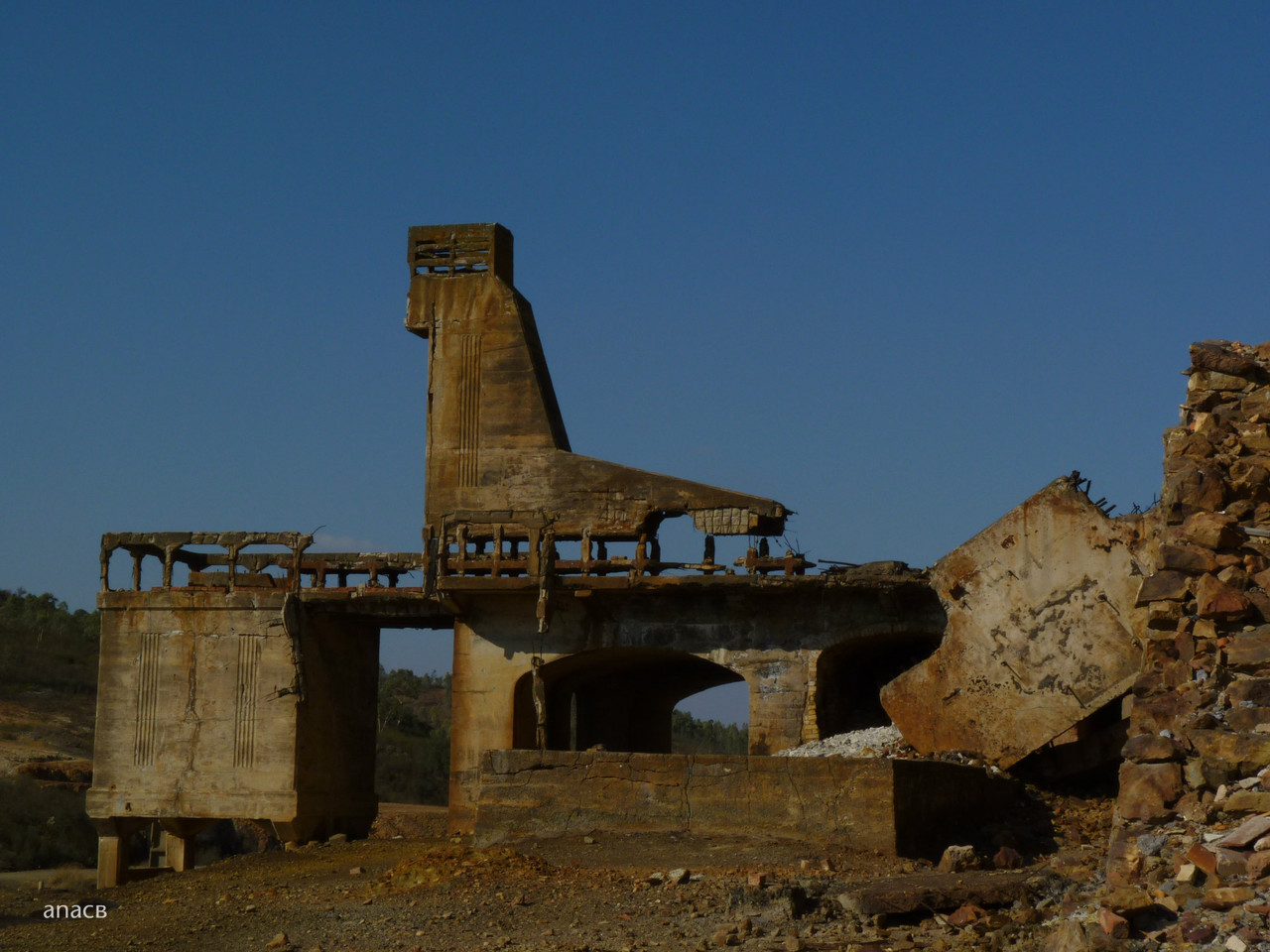 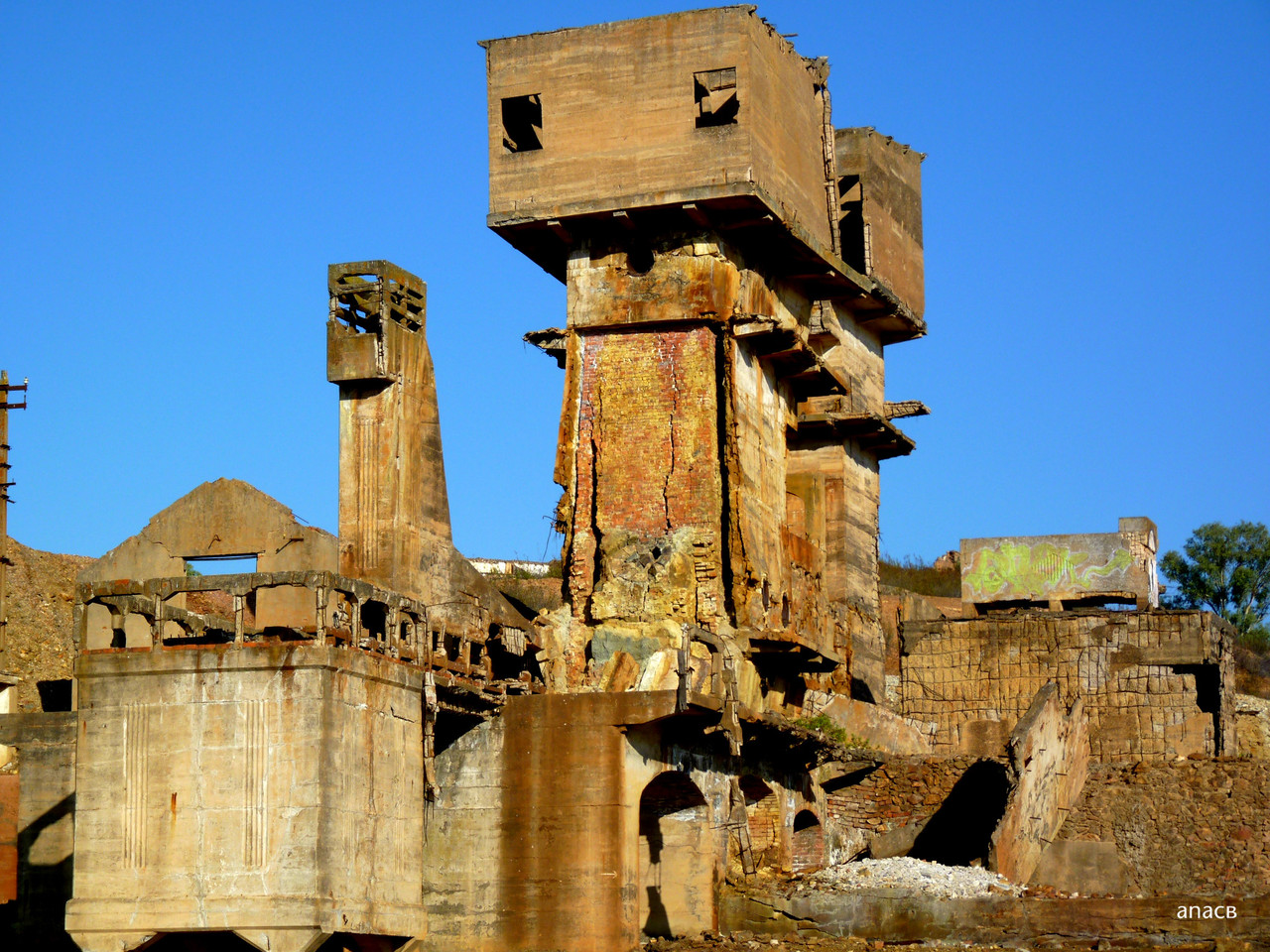 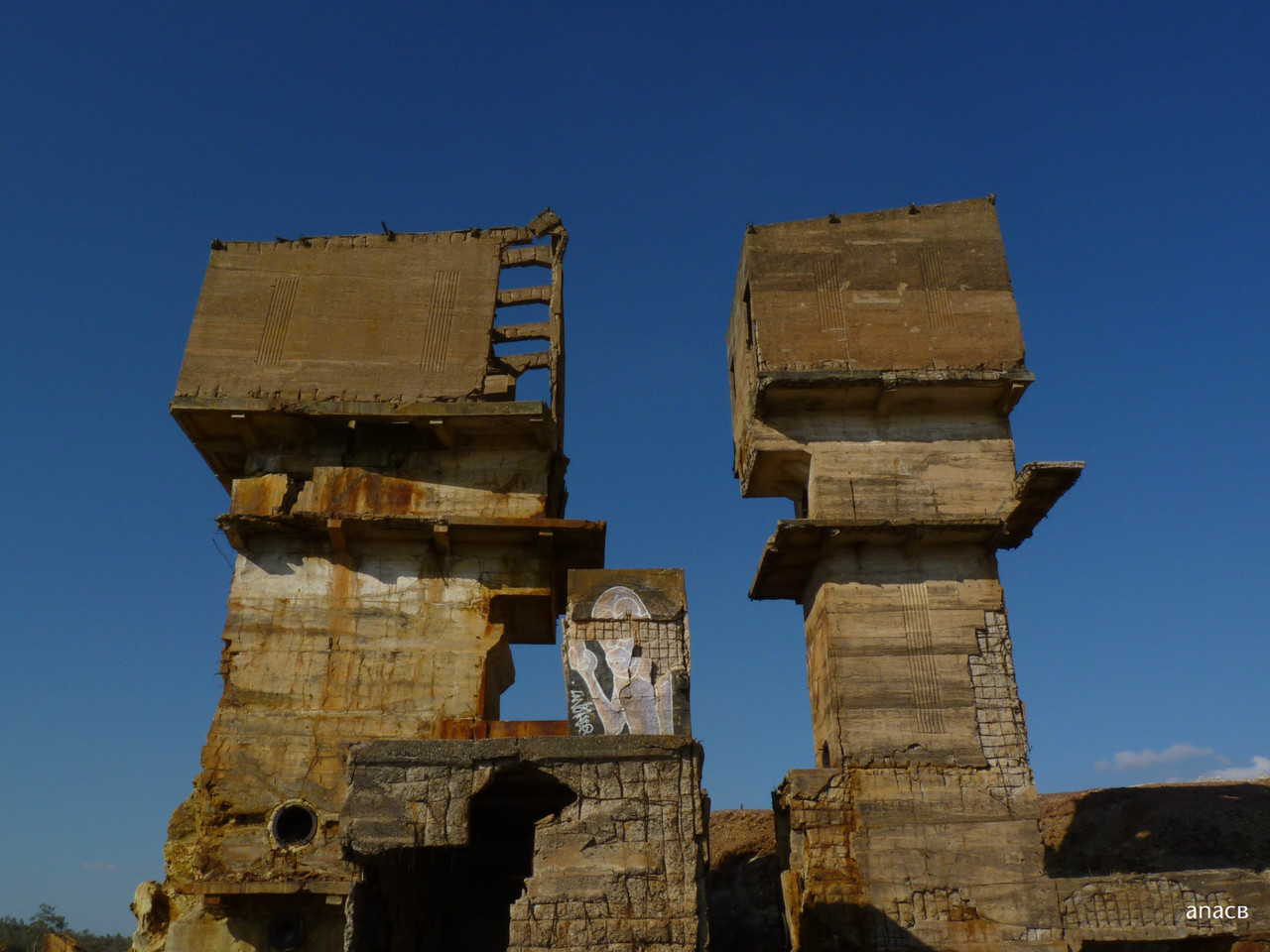 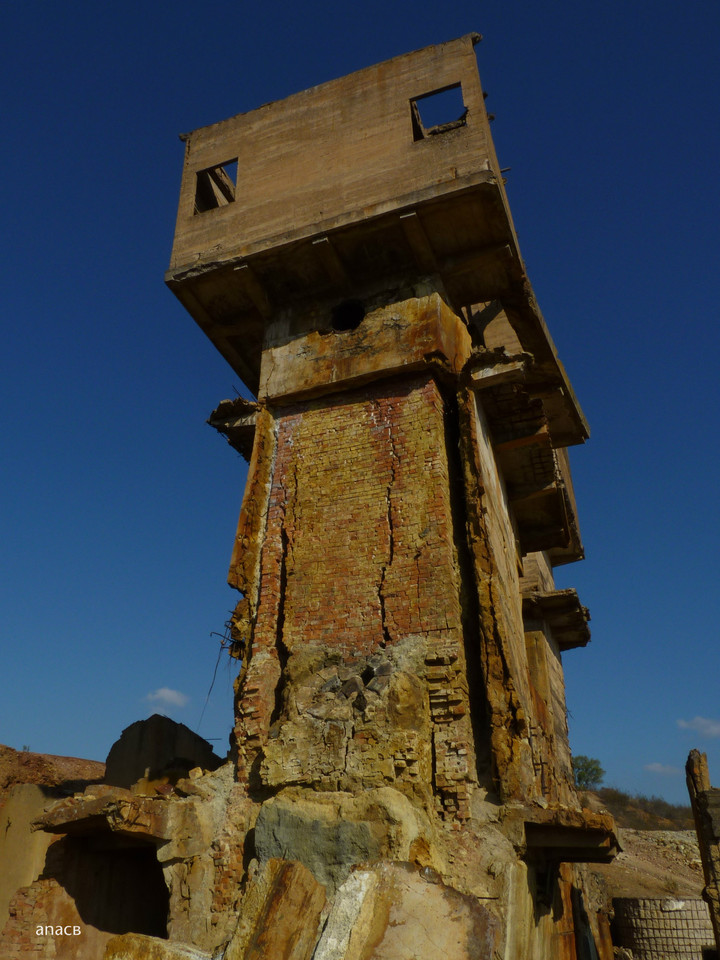 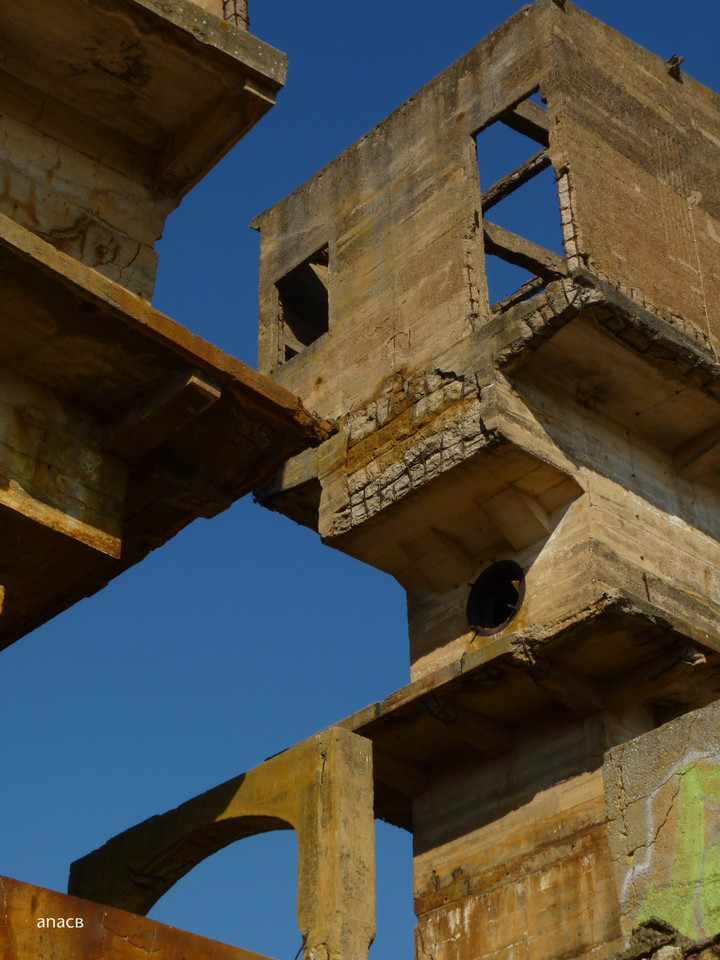 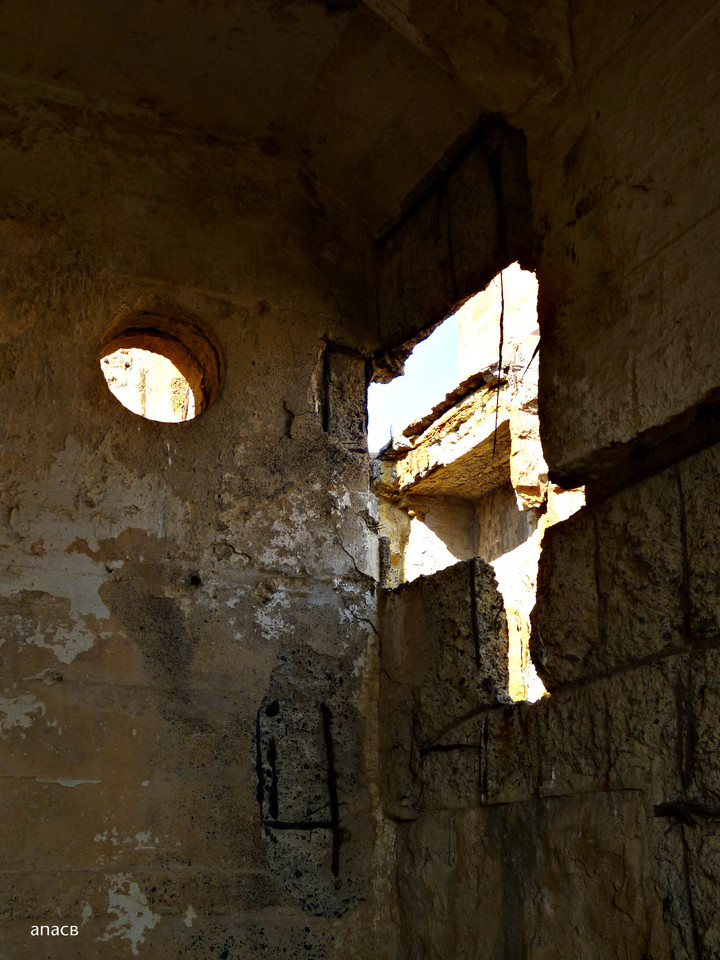 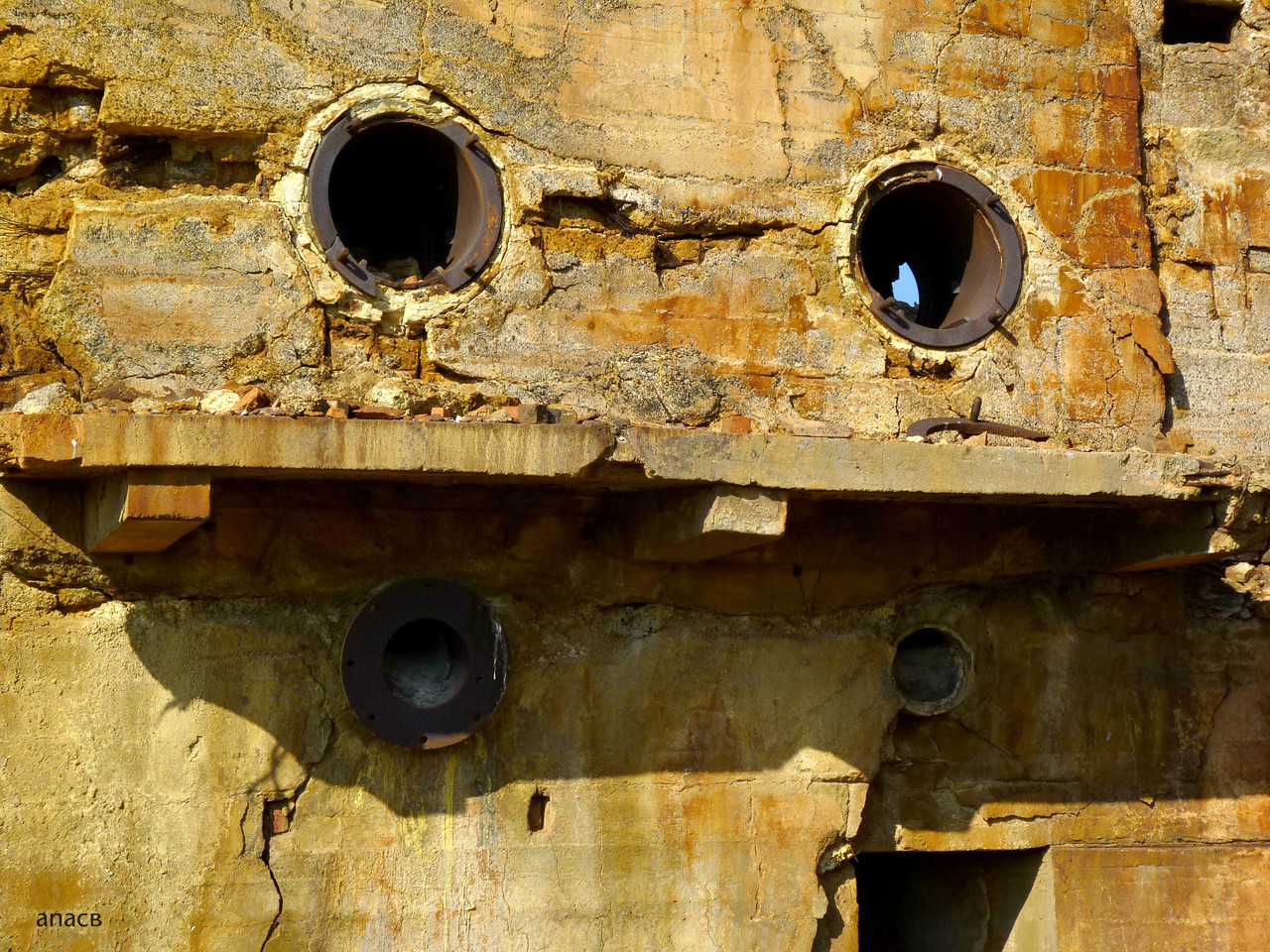 Photos cannot do justice to this place. You have to go there, be there. Feel the atmosphere, get lost among the ruins. Call someone and hear nothing in response other than the sound of the wind – and even the wind sounds muffled. We are under a dome, or on another planet. We are in another world. 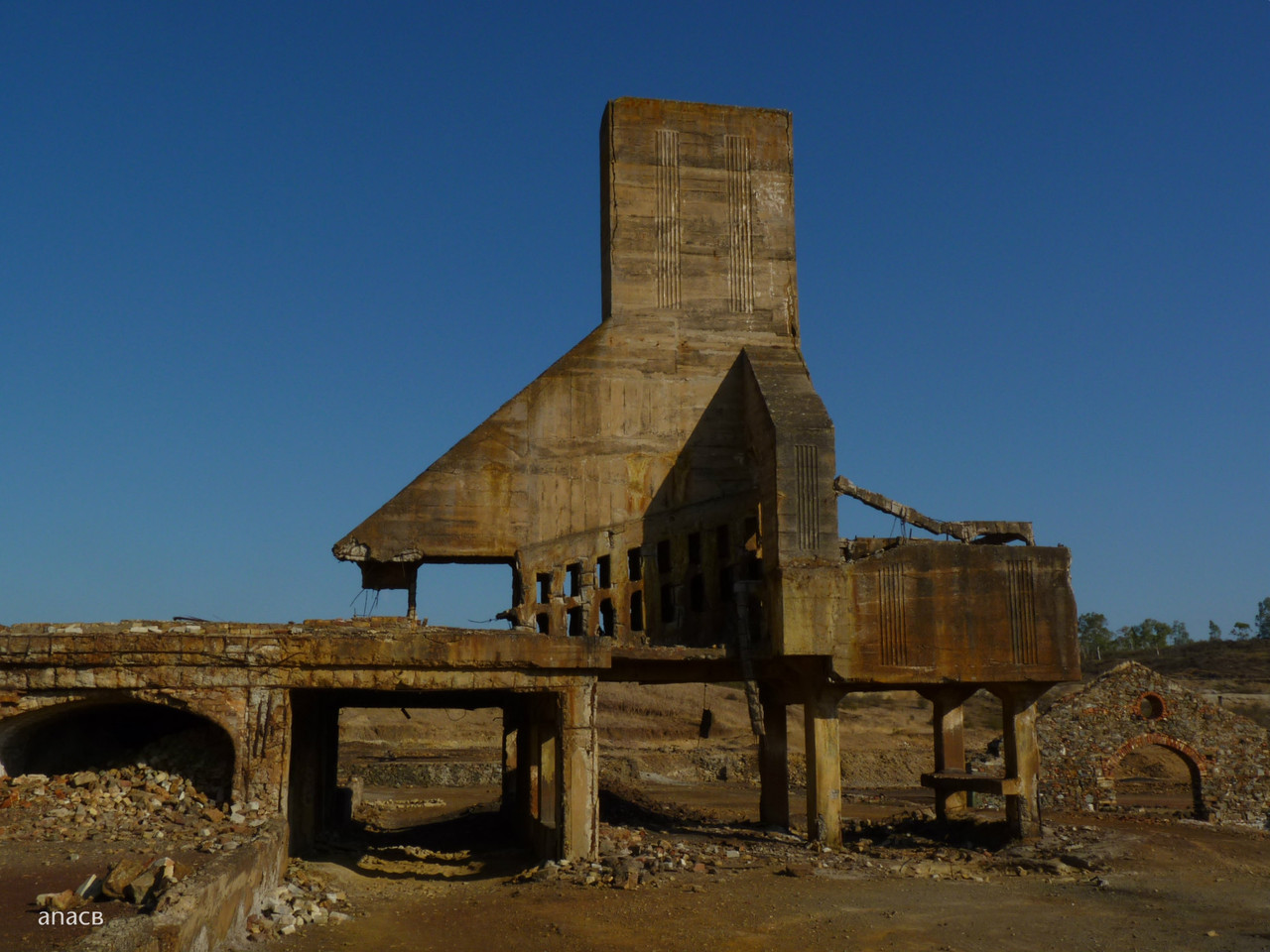 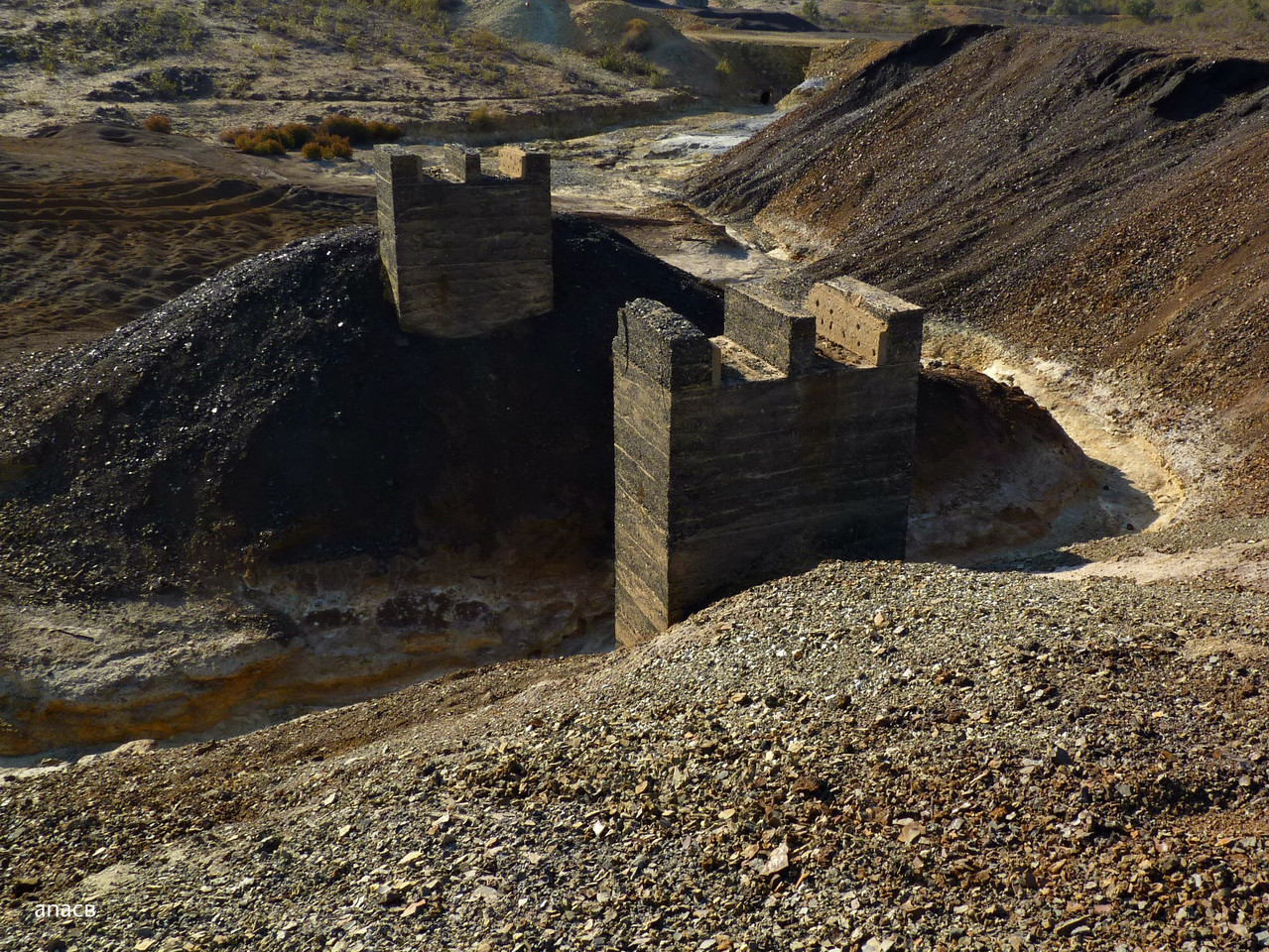 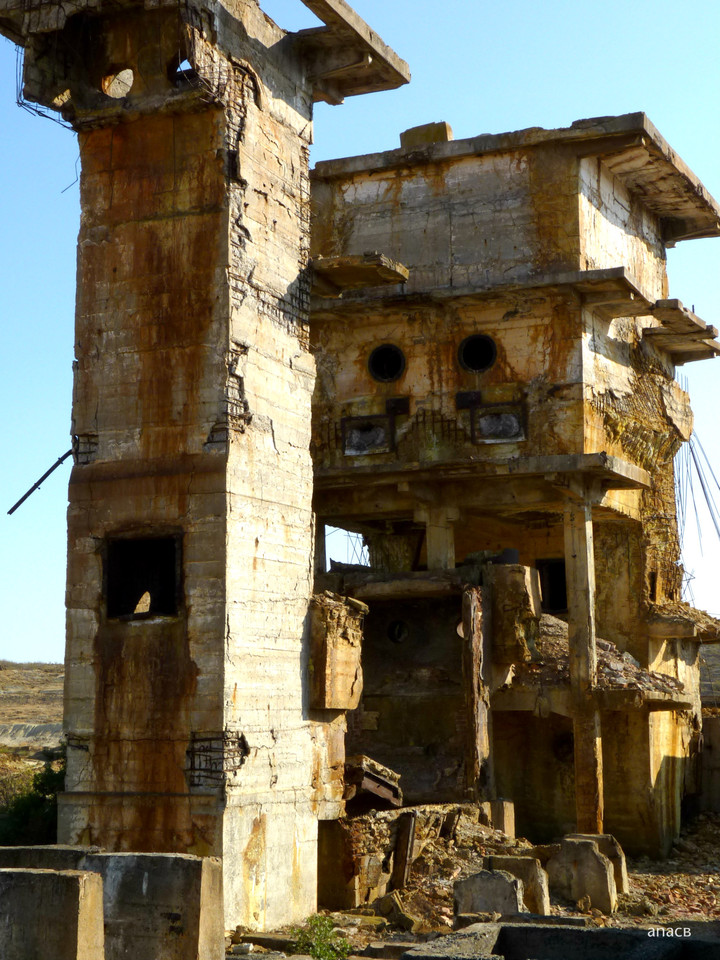 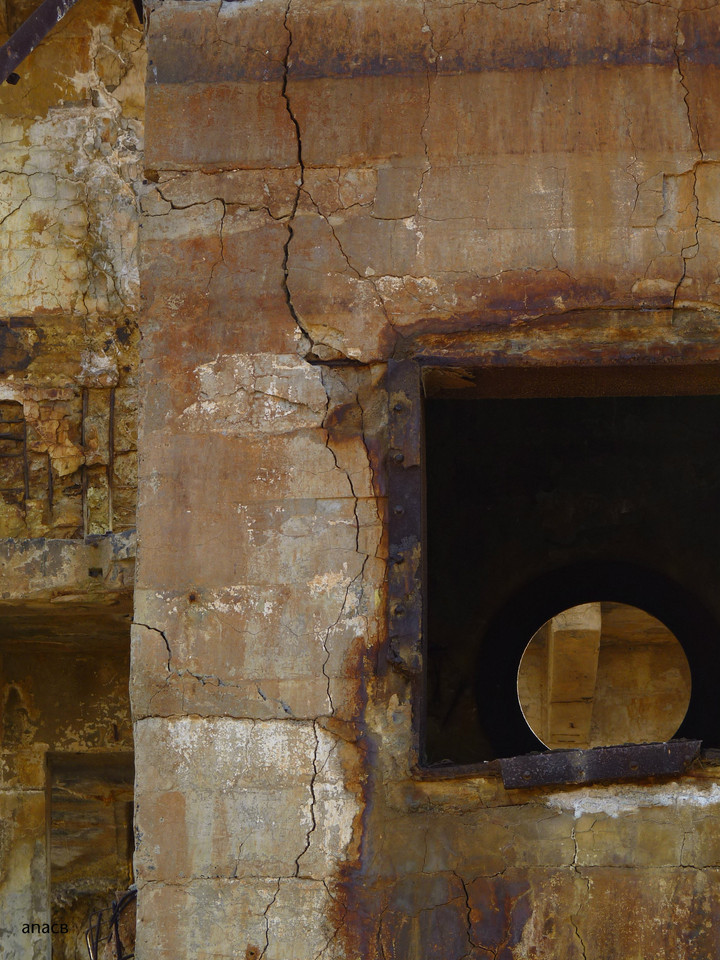 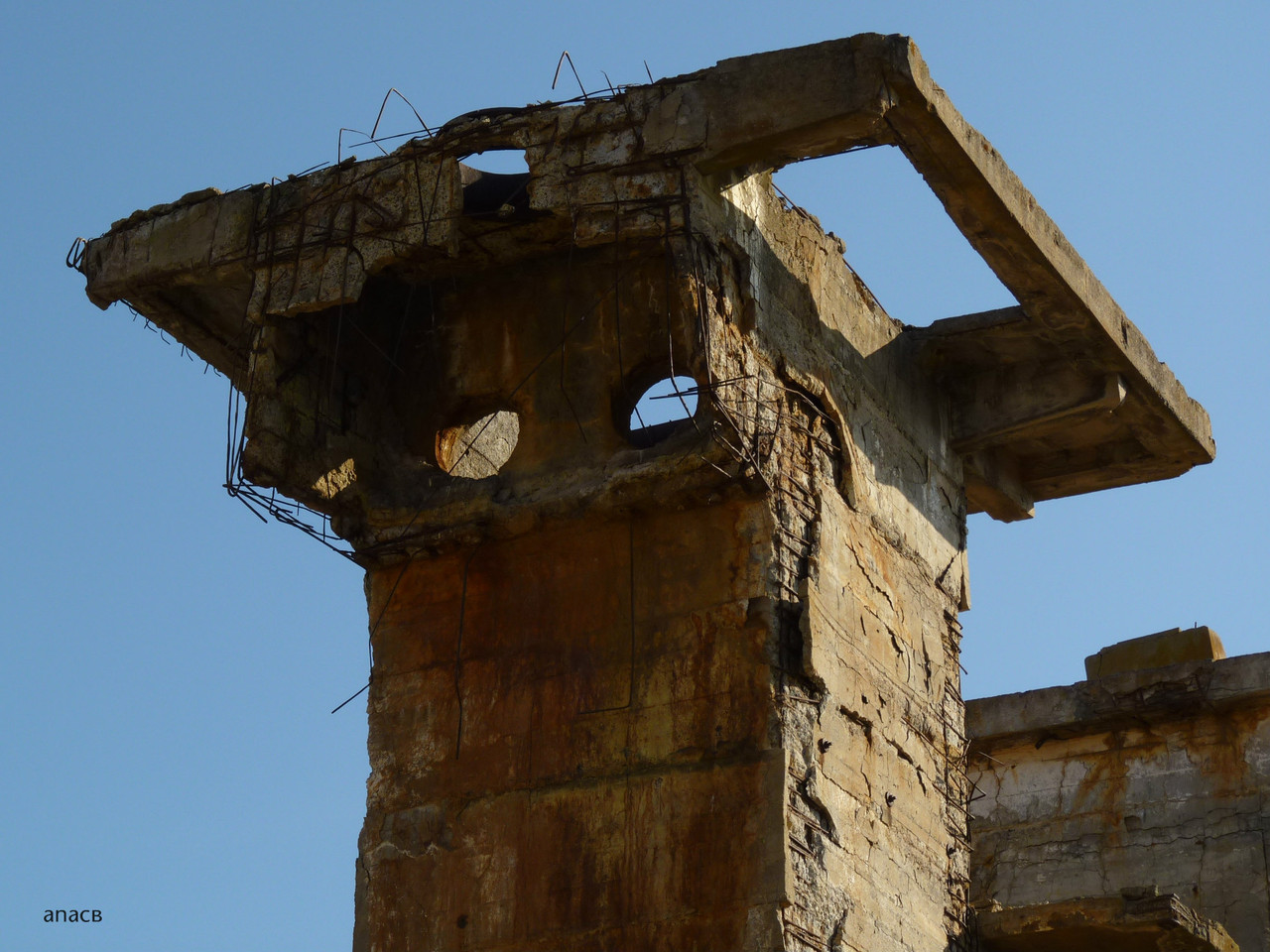 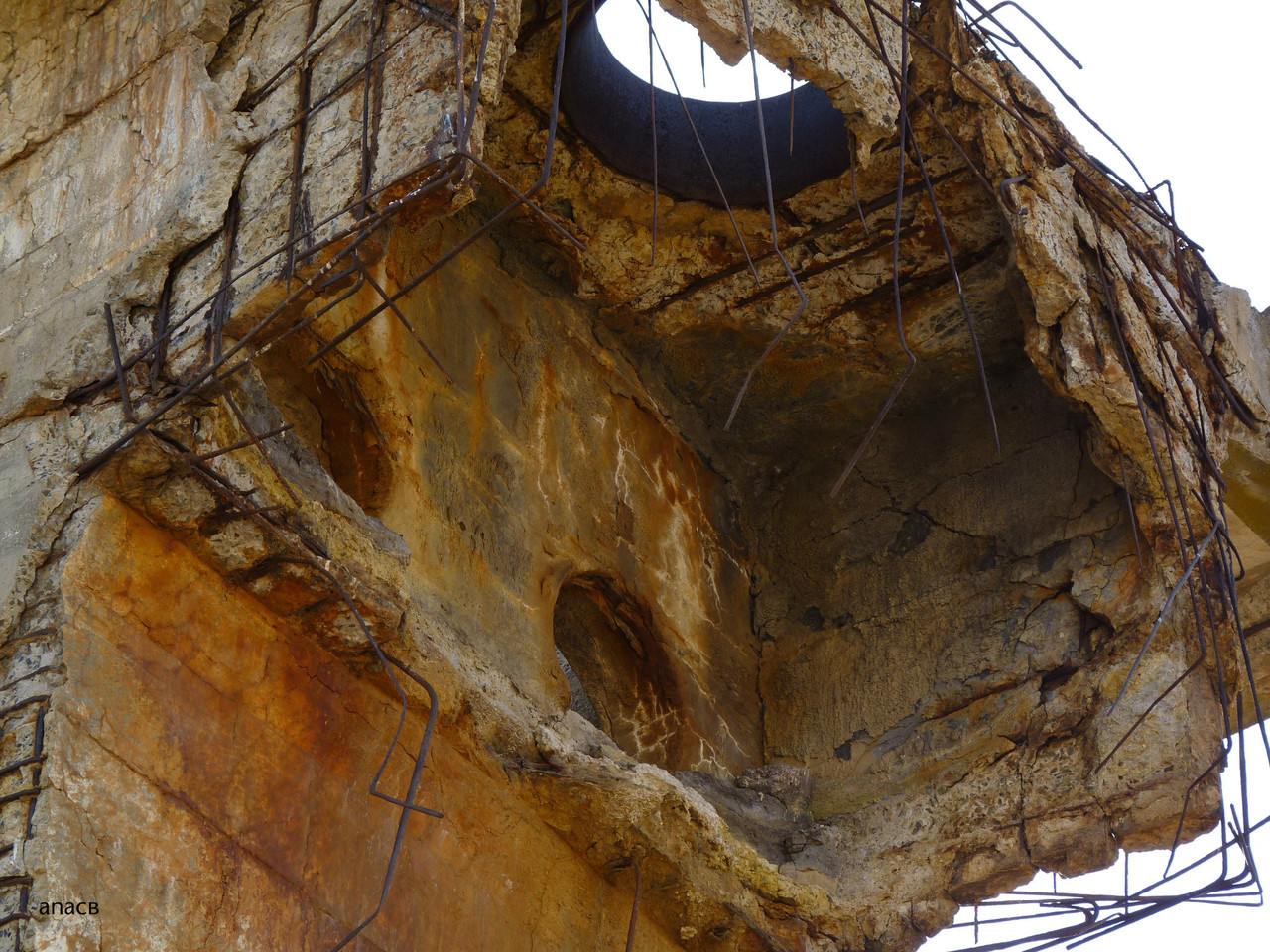 * If, like me, you are also passionate about ruins, check out this wonderful blog.